On this day in 1947, Harry Truman dedicated Everglades National Park, here in South Florida. Intriguingly enough, on this day in 1960, the Arctic National Wildlife Refuge became a federally protected area. I have never been that far north, but I have spent time in the Everglades. Below, you'll see a picture of me canoing in the southernmost part of the park, where the Everglades mingle with the Atlantic. 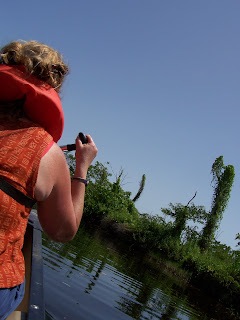 It's also one of the few places on earth where you might see alligators or you might see crocodiles; usually those animals don't cohabitate. You might also see Burmese pythons, although we have hope that last year's unusually cold winter killed a lot of these invaders who are so destructive to the natural inhabitants. Happily, I didn't see any of these scary creatures when we paddled through the water. We did see alligators several times during the summer of 2009--much to the delight of the out of town guests who were with us--but always from the safety of boardwalks and shorelines. 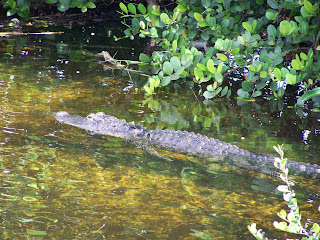 They call the Everglades the river of grass, which it is in places. It's a cool park because there are so many different kinds of ecosystems, from swamps to marshes to grassy savannas to pine forests. It's close to Miami, but such a world away. It's great for birdwatching, biking on back trails, camping, hiking, and boating (at least in some areas, with some kinds of boats). 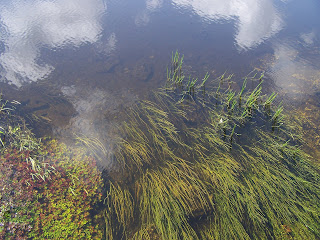 One year we came back from the mountains in the Spring, and I just felt jangled, not yet ready to be back to the hustle and bustle and noise of South Florida. We hopped in the car and went to the park, where we spent a Sunday afternoon and evening. We only saw 3 other cars when we were out there that May Sunday: the out-of-towners had gone home, and the natives usually stop coming to the park in the summer, out of fear of mosquitoes. It was WONDERFUL. Even during the park's more crowded times, I still leave feeling refreshed and renewed--one of the purposes, of course, of protecting these vast swaths of natural areas across the U.S.

Posted by Kristin Berkey-Abbott at 8:22 AM