I've had angels on the brain--it is Christmas, after all.  Week after week, we have heard texts of angels appearing:  first to Mary, then to Elizabeth and Zachariah, then to Joseph, then to the shepherds.  These are not angels which can be domesticated.

Having spent part of yesterday writing about angels and the ways that it must be tough for angels to get the attention of 21st century moderns (see this blog post), I'm perhaps more alert for the messages of angels than usual.

One of my favorite photos that I took at the Mepkin Abbey gift shop is this basket of angels.  Was I looking for angels that I can control? 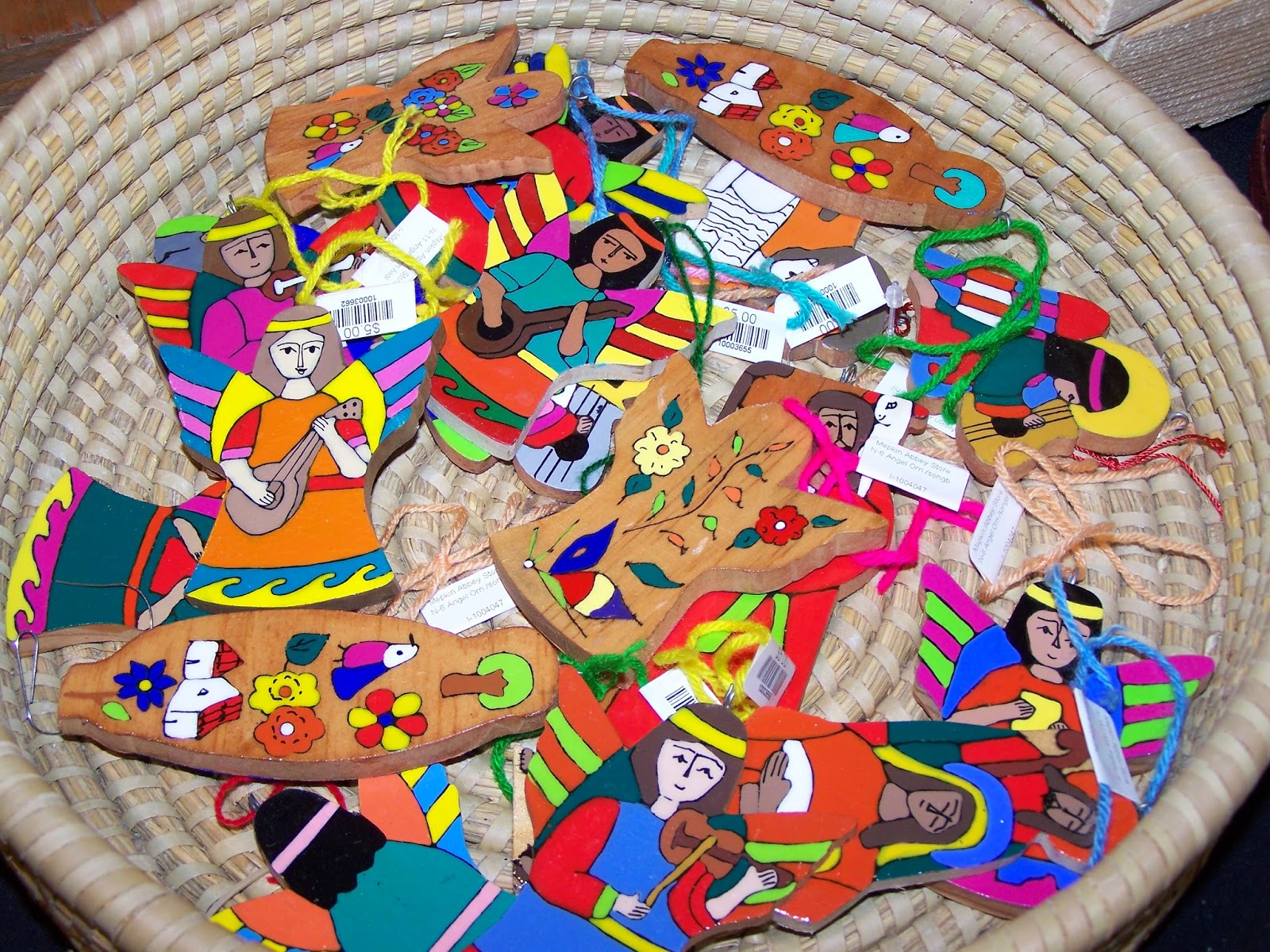 The angels that might make modern appearances certainly would not be this obvious, hanging out together in a basket where they could be recognized.

Last night, I had the kind of dream that makes me wonder if God is speaking to me.  I dreamed that I was in a car with some church officials.  One of them asked, "Have you made any decisions yet?"  "About what?" I stammered.  "You were thinking about seminary," a woman replied.

Oh yeah, that.  I almost forgot.  I woke up thinking about roads not taken (yet?).  I thought of my day yesterday, a day which did not suggest that I overthrow my whole life and head off to seminary.

For example, I got an e-mail from my editor at the Living Lutheran site.  She requested all of the pieces that I pitched to her, even though I was sure that some of my ideas were too late.  Hurrah!

As I prepared my classes for the upcoming term, I thought about the students from past terms who have assured me that my online presence is different because I'm more involved.

If I was writing scenes in a novel, I'd use these kinds of encounters to substitute for angel choirs.

Did Joseph wake up and find himself teasing out the meaning of the strange dreams for days afterwards?  Did some of the shepherds stay behind because even though they'd see angel choirs singing, they didn't necessarily agree that it meant that a journey was in order?

My thoughts turn to the angels themselves.  I also think of all the literature where angels do not look at all like the humans expect them to look, and thus, the message is compromised.  Or, as in "A Very Old Man with Enormous Wings," is there even a message?

Maybe these Christmas stories set us up for disappointment.  We're waiting for clear signals, an angel who appears to say, "Do this and not that."

We're scanning the sky for angel choirs, and thus, we can't quite see all the other stars that point us in the direction we should travel.  We can't put all those stars into constellations that show us our life's true mission because we're looking for the message to come blazing forth from some other source.

We enter the time of year when many of us yearn for an insight, a blaze of light that tells us how to lose that weight or find the perfect job or redeem our relationships. The story of the Magi reminds us that epiphanies are often smaller things, born out of a daily practice, leading us to the unexpected.  The wise men see the star because they're studying the skies.

We may wish for an angel choir to show us the way. But it may be something much simpler: a speck of light that’s travelled over a great distance from a faraway star. We may get an epiphany from something that seems so simple, so homely, so commonplace: a star. There are thousands of them that our unaided eyes can see! It’s only if we observe them on a regular basis that we may be granted our unique epiphanies.
Posted by Kristin Berkey-Abbott at 8:35 AM